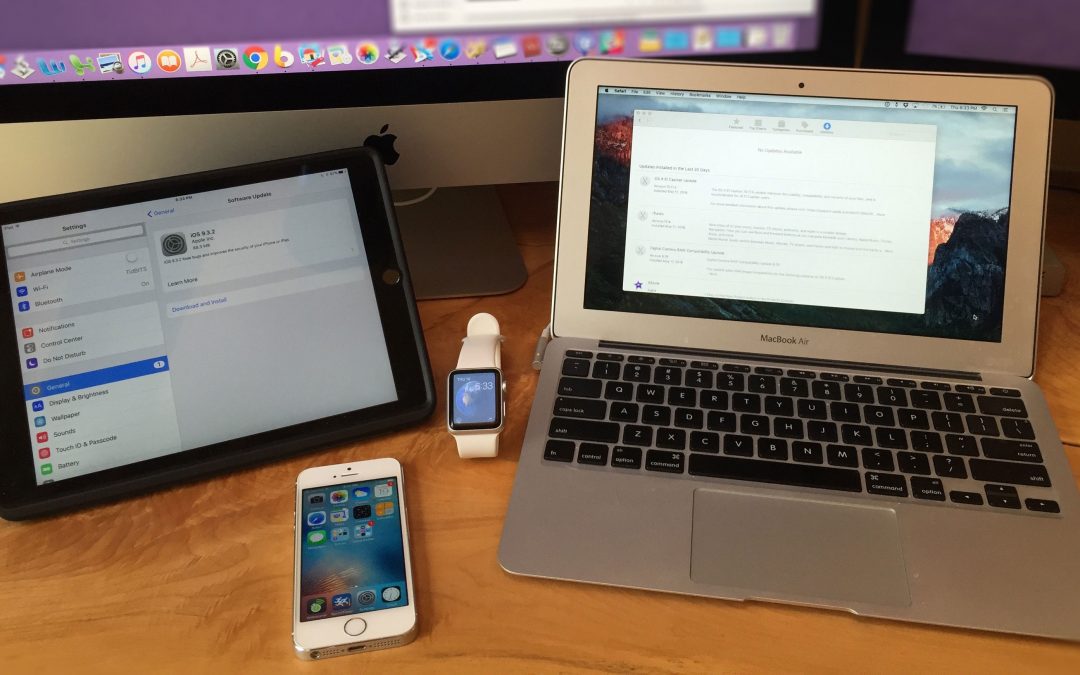 Some of your Apple devices have probably started to notify you that they have operating system updates ready to be installed. On May 16th, Apple quietly released:

These are minor updates, as you can tell by the increase in only the third digit of the version numbers, and Apple was characteristically quiet about what changed in each update, saying mostly that “This release contains bug fixes and security updates.” Even when Apple did clarify what bugs were fixed, they were generally obscure. In essence, these updates are about closing security holes that have been discovered and addressed since the last set of updates. 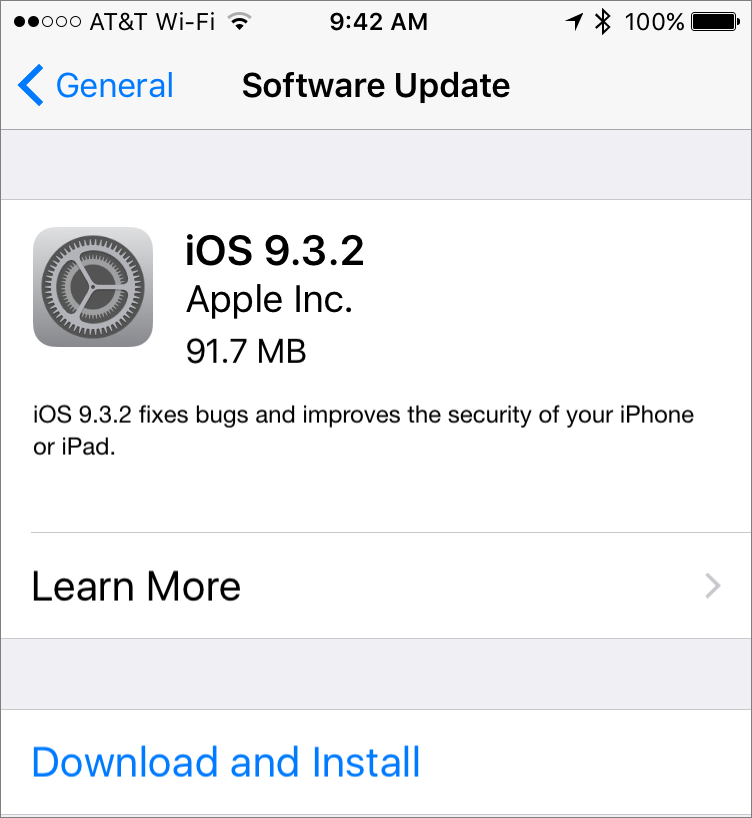 Should you update your devices, and if so, when? It’s often a bad idea to install operating system updates as soon as they come out, because these devices have become so complex that the updates sometimes cause new problems. It’s prudent to wait at least a week before installing, and then to check reputable Apple news sites like TidBITS, Macworld, and iMore to see if the editors of those sites have published stories about known issues.

For instance, with iOS 9.3.2, there were some initial reports of 9.7-inch iPad Pros experiencing problems during the update process, and after a few days, Apple pulled the iOS 9.3.2 update for the 9.7-inch iPad Pro in order to work on a fix. With hundreds of millions of iPads in circulation, it’s not surprising that some number would have troubles during a procedure as major as an operating system update due to previous corruption, failing hardware components, or even cosmic rays.

Nevertheless, once an update has been out for a week or so with no significant reports of problems, you should update, because it’s important to make sure your devices are protected from hackers and malware by the latest security updates, and if you’ve been experiencing any frustrations with something not working correctly, it’s possible that the update will fix that glitch.

How you update depends on your device and how you’ve configured things. The Mac and Apple TV can update automatically, whereas you must initiate the update manually on an iOS device and Apple Watch because they shouldn’t update when they’re low on power. Here’s how you’d update on each platform manually, if necessary, and if you’re at all confused or concerned about these procedures, come talk to us in the store.

One final note. It’s important to back up your Mac and any iOS devices before updating, so if something goes wrong, you can restore from your backup. You can’t back up an Apple TV at all, and the Apple Watch backs itself up to your iPhone automatically (but make sure your iPhone backs up to iCloud or uses an encrypted iTunes backup or else your health and fitness data from the Apple Watch won’t be included in the backup).

Twitter: Apple has released minor updates for OS X, iOS tvOS, and watchOS. Should you update? When? How? Answers at:

Facebook: Apple has quietly released minor updates to all four of its operating systems: OS X, iOS, tvOS, and watchOS. Should you update, and if so, when? We have the answers you need, along with tips for updating at: