Understanding the Relationship between Thunderbolt 3 and USB-C 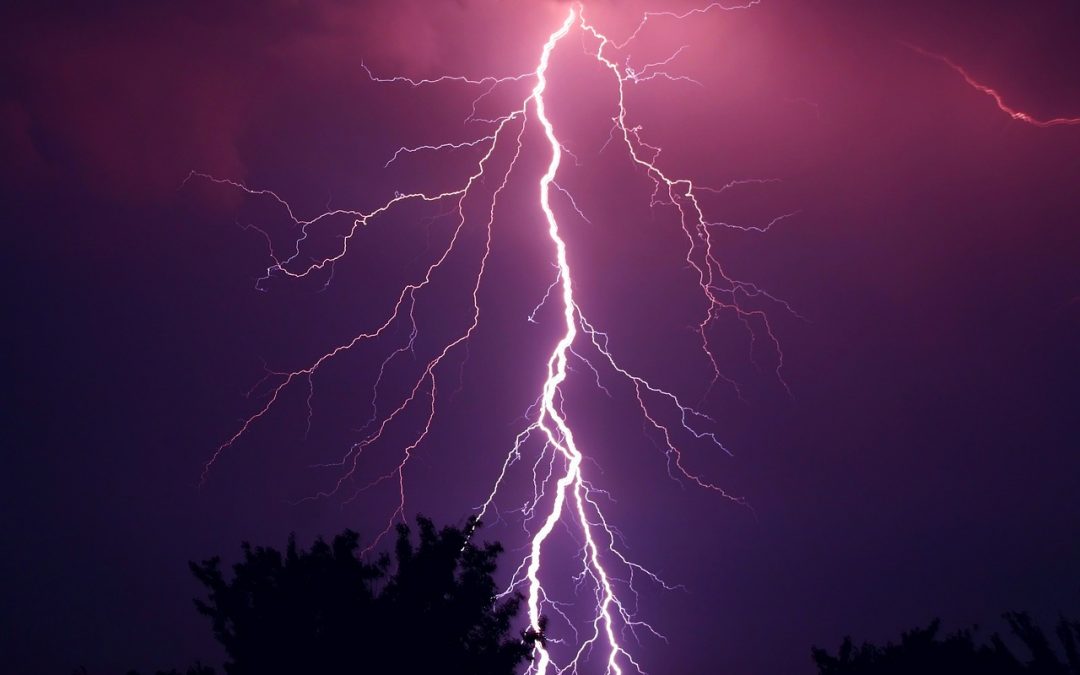 Apple’s new MacBook Pro with Touch Bar models rely on a new kind of connection port: Thunderbolt 3. Unfortunately, while this switch is great from a technical standpoint, it has caused confusion in the Mac world. Let’s sort it all out.

The root of the confusion is the fact that Thunderbolt 3 uses a different physical connector than Thunderbolt 1 and 2. They relied on the physical Mini DisplayPort connector, which made sense since they are commonly used to connect monitors. Thunderbolt 3 instead relies on the reversible USB-C connector that has previously appeared in the Mac world only on the 12-inch MacBook, where it replaces USB-A. 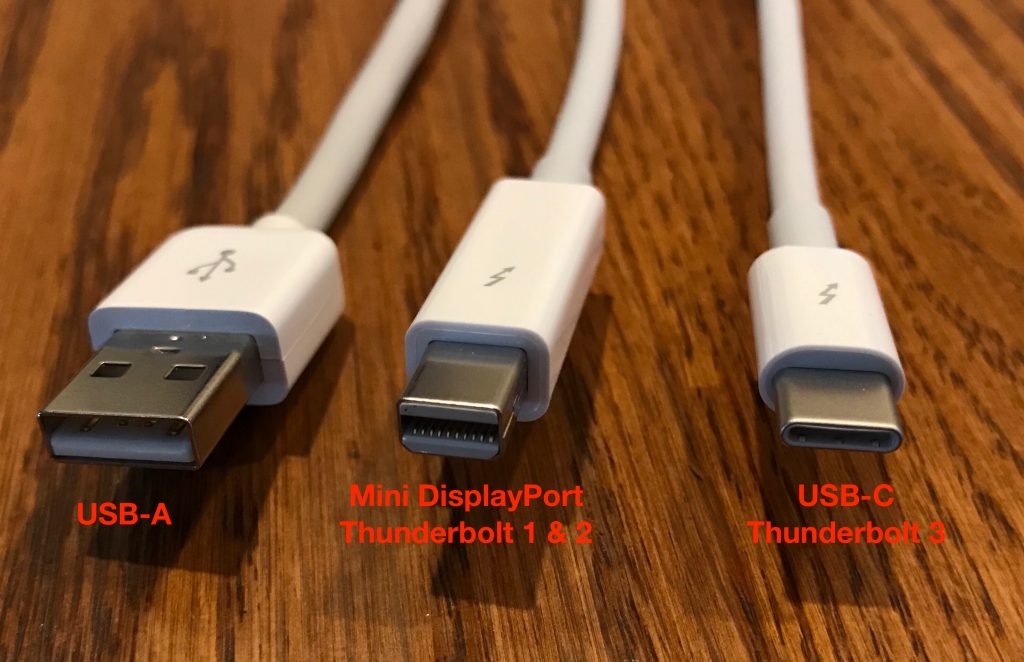 If you buy a new MacBook Pro and want to connect it to older devices that lack Thunderbolt 3 or USB-C ports, you’ll need a special cable, adapter, or dock. Apple makes a number of these, and more are available from numerous independent manufacturers. The two most important adapters to get are Apple’s Thunderbolt 3 to Thunderbolt 2 adapter and a USB-C to USB-A adapter. 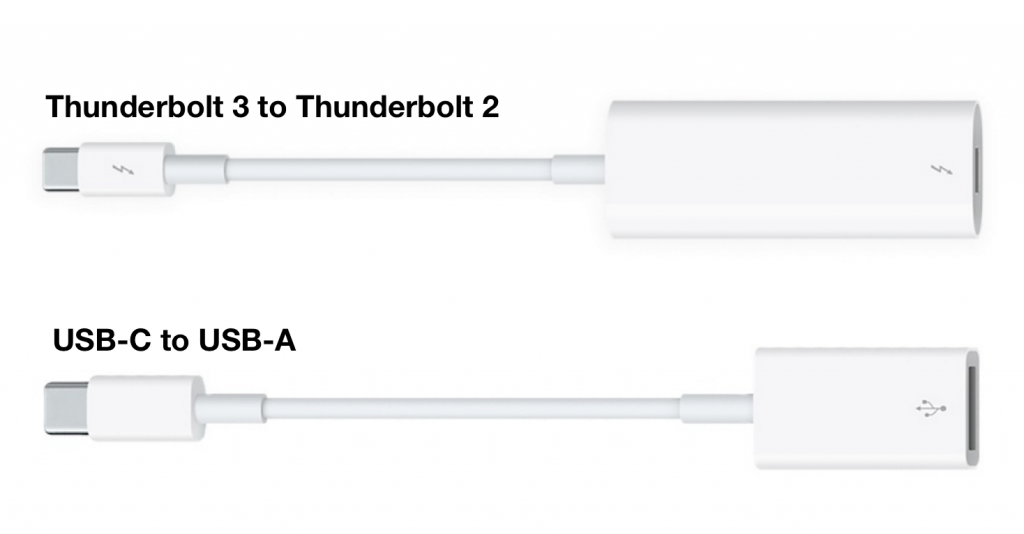 Connecting to other displays requires additional adapters, which are specific to the different video standards. Apple makes adapters for USB-C to HDMI and VGA, but not for USB-C to DisplayPort, Mini DisplayPort, and DVI, so you’ll have to turn to another manufacturer for displays that rely on those last three standards. 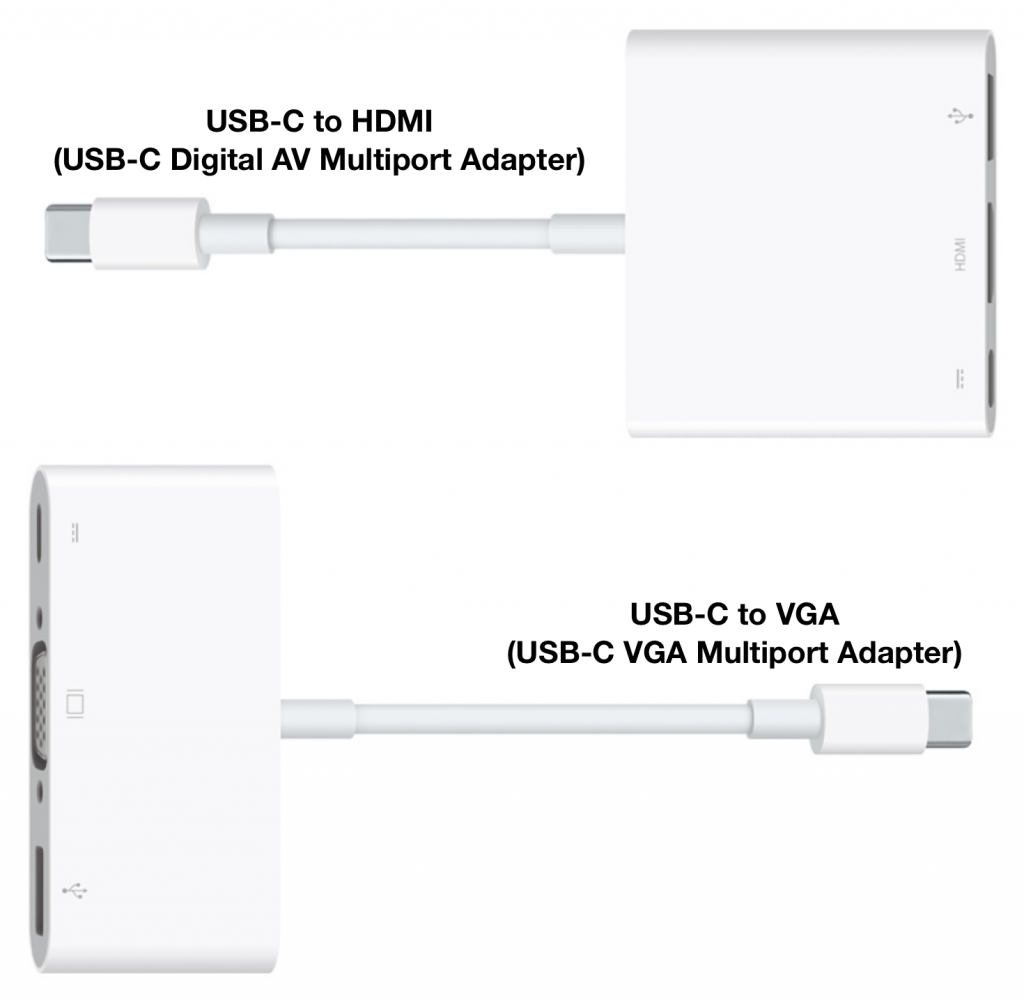 The practical upshot of all this is that if you have a new MacBook Pro with Thunderbolt 3, you may need to get a couple of adapters to be able to migrate data from an older Mac, connect to your existing accessories, and drive external displays and projectors. (Macworld has a nice guide to all the possibilities.) That’s an unfortunate fact of life right now, but in a few years, once most peripherals support USB-C and new Macs come with Thunderbolt 3, there will be one cable to rule them all.

Twitter: Confusion has surrounded the new MacBook Pro’s move to Thunderbolt 3, which uses USB-C connectors. We untangle it at:

Facebook: Apple’s new MacBook Pro models sport both the snazzy Touch Bar and Thunderbolt 3 ports. But since Thunderbolt 3 uses USB-C connectors, many people are confused about how to connect older peripherals. If that’s you, head over to our blog for an explanation of the relationship between Thunderbolt 3 and USB-C.